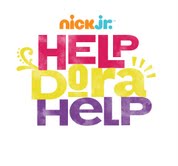 Five nurseries selected from submissions from across The UK have been chosen as the finalists for Nick Jr.’s Help Dora Help Campaign. The initiative is supported by The Prince’s Foundation for Children & the Arts and is designed to support nurseries, preschools and children’s centres in their educational curriculum. Almost 300 nurseries and preschools submitted an entry to this year’s campaign with applicants from Cumbria, Derbyshire, London and Lancashire elected as finalists. The winner will be decided by members of the public.

“The quality of entries for Help Dora Help was extraordinary and gave a great picture of the areas of educational interest across UK preschools,” said Helena Dowling, Nick Jr., presenter and Help Dora Help judge. “With funding required for things such buying a minibus to creating a mini beast learning zone, the finalists each demonstrate a desire to offer more educational opportunities for their pupils. I am looking forward to seeing which entry the public chooses to receive the award.”

Voting is now open to decide which of the finalist will receive the award. Voting is open to anyone within the UK and voters can take a look at all five finalists and learn more about their submission at nickjr.co.uk/helpdorahelp. Voting is open until 2nd November with the winner of the award announced on 19th November.

The five finalists for this year’s campaign are: 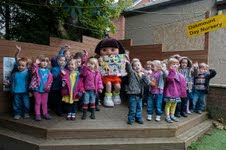 Greystoke Under 5’s, Greystoke, Cumbria - The rural volunteer playgroup would use the award to revamp their outdoor play area as well as their kitchen.

Oakmount Day Nursery, Preston, Lancashire - The nursery would use the award to purchase a minibus, ideally equipped with exploratory items such as a metal detector and telescope.

The Old Forge Day Nursery, Findern, Derbyshire – The nursery would use the award to build a log cabin with sensory room, a library and dance studio.

Walton Lane Nursery School & Children’s Centre, Nelson, Lancashire - The Centre would create a bug hotel so that children could increase their knowledge of mini beasts.

About The Prince’s Foundation for Children & the Arts:

The Prince’s Foundation for Children & the Arts is an educational charity which champions the power of the arts to transform and enrich the lives of disadvantaged children across the UK. The charity’s projects have helped to create long-term partnerships between arts organisations and their local schools. Two core programmes, Start and Quests both highlight the potential of learning outside the classroom, enabling children to visit their local cultural venue to work with professional artists, and then developing this experience through class-based projects and activities. Since 2006 the charity has worked with over 100,000 children and hopes to substantially increase this figure in the next few years. For more info please visit www.childrenandarts.org.uk