I recently was described as a Social Media Guru which I have to confess, made me giggle. The reason I love social media, is I am terminally nosey. I love following people and finding out about their lives. I found Daniel when I saw some tweets about Duchenne Muscular Dystrophy, and over time we have got to know each other and have become firm friends, Daniel is someone I turn to when I want sound, objective advice or a laugh or a shoulder to cry on. To be honest, most of the time I tend to forget that Daniel has Duchenne Muscular Dystrophy, but whilst it doesn't define him, it is an integral part of his life . Daniel is an intelligent, charming, interesting person, and I wanted to know more about what it's like for him having grown up with Duchenne Muscular Dystrophy, and his life now. Here is part 1 of Daniel's story. I do hope you enjoy reading it and please leave Daniel a comment, as this has been a big step for him to share so much detail about his life. Part 2 of Daniel's Story can be found here 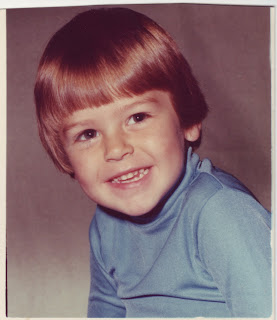 My family never sat me down and said "you have Duchenne Muscular Dystrophy". I always knew I wasn't quite the same as other kids, but I was brought up as normally as possible and the progression of my disease was never discussed. I think that was a good thing, knowing would have only made me live in fear or limited me. I only really started looking into my condition because of my scientific background and still avoid heartbreaking stories and tend to just read the science stories. I didn't officially know I should only live into my early twenties until I was way past that age, so I don't worry about my prognosis, I've already lived longer than expected and if the doctors and scientists didn't get that right who is to say I won't live to 100?

I went to a mainstream primary school. At first the only real difference between me and the other kids was that I walked on tiptoe, the fact I had a single Mum was more of an issue.  I had the normal early school years, got in playground fights, played kiss chase, got in trouble for slacking in class and sent to the year head. The teachers and children never treated me as anything special and I'm very grateful for that, in fact I have several friends from primary school on my Facebook now and they still treat me the same as any of their other friends. 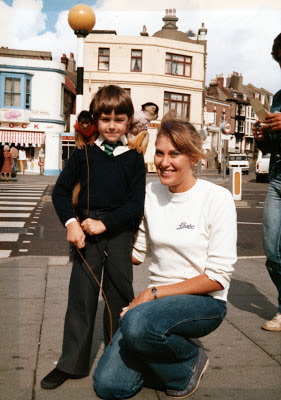 Things changed fairly suddenly, I think I was 9 or 10, I went to school like any other day, then after assembly I tried getting up and walking to class but I couldn't,  I had always struggled a bit and sometimes needed to hold onto things but this was far worse, with the help of a girl from my year I struggled to the headmasters office and she went in and told the secretary what had happened.  Things then became were more awkward, I had to hold on to chairs and desks to move around the classroom until I got a wheelchair.  I will always be grateful to my headmaster Mr Norcross for making my primary school years 'normal'.  Unlike many I didn't get bullied for my condition, I got the normal school yard bullying but was never singled out, only once was I properly bullied but it wasn't a big thing and one of my best friends made him regret it afterwards, I didn't tell any teachers as it was dealt with and never happened again. 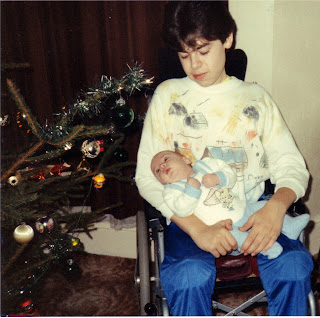 I had always assumed I would go to university because I wanted to learn.  I looked at a few universities and courses and decided on Applied Physics at Oxford Brookes. The prospectus made the course look much more interesting than it actually was, not that I regret it, I got to play with lasers, radioactive materials and made a hologram!  I decided fairly early on that I would travel daily, it just seemed far too complicated to move and I was never interested in the social life aspects anyway, I've always thought of schools and universities as places for learning not fun.

Social Services and The Snowdon Trust paid for a carer to drive me and take me to lessons. The travelling was a nightmare, it could take two hours in rush hour traffic to get there, so if I had a 9am lecture and another that finished at 7pm it was a long day.  All in all the first two years were as normal as for any other university student, mainly go to lectures then sleep, preferably not in the actual lectures themselves, of course. I didn't experience the parties, I don't regret missing out on that part but do wonder what it would have been like sometimes.  The final year things changed a bit, I started waking up with splitting headaches, was always tired and felt nauseous most of the time, I still kept going to university but did start skipping the odd day if there was only one lecture early in the morning. 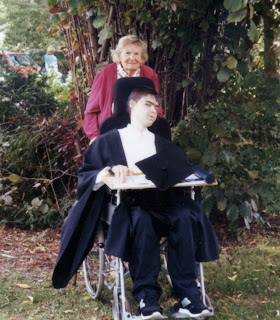 I passed, perhaps I could have done better, but I'll never know if that was due to being ill the final year, my poor choices in the order I took my modules, the university winding down the physics course meaning I literally could only take just enough modules to pass (no spare modules to bump up the grade) or if that's just what I'm truly capable of, I got my BSc (Hons) in applied physics and that's all that really matters to me. 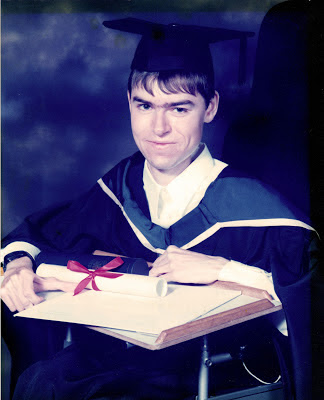 What I had always wanted, I think, was to be an astronaut or work for NASA. I actually did get to work on a NASA project, it was virtually via the computer but I was part of it. I even worked my way up to being the project manager for the Open Source community involved in the project. I was an administrator on NASA hosted forums. I learned a lot from working with NASA, it was an amazing experience and I met some amazing minds, it also boosted my confidence, no one knew my condition and I was working along side people as an equal. I talked to huge companies like Microsoft and government agencies not just from the US but other countries too, helping, asking for help or just doing management style wrangling.  I'm still involved and often get emails from the projects manager at NASA. As a finishing point I'd like to say I did get shown and told things the public didn't know, but nothing overly exciting and I was never told if they have met aliens.

Thank you for sharing the first part of  your story Daniel, and tomorrow Daniel share's more about his life and the challenges he faces now.