I am so proud to host this beautiful post by my good friend Jane. I had the pleasure of staying with Jane and her family earlier in the year, and was totally entranced by Harry, who is an absolute star.
Her story illustrates that having a baby prematurely is often the start of a long, sometimes frightening, often frustrating journey. Here is their story.

My son Harry was born at 24 weeks and five days weighing 1lb11oz. He was a fighter from day one and although there were days when it was touch and go, after four months in NICU he came home weighing just short of 7lbs. I was over the moon when he came home and immediately got stuck into taking Harry to the normal baby groups and meeting other new parents. The only differences then between Harry and other babies his age was that he was smaller than them and that he was on oxygen. It sounds naïve now but it never crossed my mind that he would have long term problems. 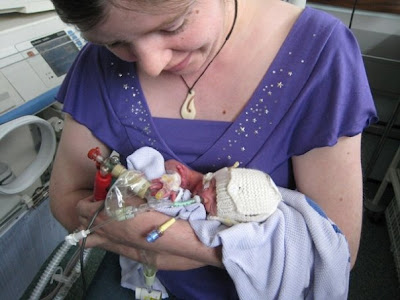 However, as time went by it became clear that Harry’s development was significantly delayed and that he was falling behind other babies his age. We saw various Paediatricians and Consultants and it became clear that Harry’s early birth had not left him completely unscathed.  In the past 18 months we have been through and MRI scan and genetic testing to try to determine the cause of Harry’s global developmental delay. The tests did not lead to a concrete diagnosis for Harry. In some ways I see this as a good thing as it means Harry is not labelled and there are no restrictions on what he may achieve. On the other hand, a diagnosis would have made the future clear. Not having a diagnosis sometimes feels like we are drowning in a swamp.

So, I have had to adjust to having a child with additional needs. This article sums up well how I feel about this. It is isolating having a child with special needs. There comes a point when it becomes impractical to go to toddler groups as your child does not fit into any of the normal categories and the questions become very hard to answer sometimes. It is also hard watching my full term son meeting milestones much earlier than his brother.

There are good things about having a child with additional needs though. It does make it all the more special when Harry does meet milestones. Harry didn’t walk until he was three but it was a very special moment when he took his first steps. It was also truly amazing hearing him utter his first words. After everything Harry went through to stay with us, it has made me treasure him all the more. Having a premature baby and watching him fight to survive taught me to not give up on things so easily. Having a child with additional needs has taught me to be more patient. After all life is not a race. I have learnt that it doesn’t matter how long it takes to get to your destination, it’s enjoying the journey that counts.
Posted by Kykaree at 20:47