So Who Am I And Why Do I Blog? 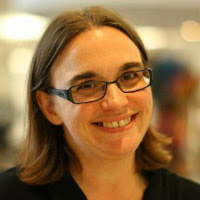 In February 2010 I started a blog, with this tentative post. I had absolutely no expectations. I thought some of my premmie friends might be interested in my thoughts, and maybe my family. I knew absolutely nothing about blogging. I didn't know anything at all about parent blogging or mummy blogging. I just felt so traumatised by having my son at 27 weeks due to pre eclampsia some 8 months earlier, and everyone seemed to be sick of hearing about it. I felt I needed somewhere just to go with my thoughts and a blog seemed like a good idea.

It wasn't until the lead up to Prematurity Awareness Day 2010, as it was known then, that I realised that blogging was quite a powerful thing. Beverley at the March of Dimes asked me to join in a blog hop. I was so green back then I didn't even know how to put a badge on my blog, I didn't have the first clue about HTML and she walked me through it on Twitter!

I attended Cybermummy in 2011 and that's when my blogging started to reach a new level. I found my "voice" and started building my social media skills especially Twitter. I attended the Blogging for Charity workshop and was so inspired by Sian To and some of the other bloggers I met. Imagine my delight in 2012 when I was asked to speak at the very same workshop!

I love social media. For parents of premature babies its such a lifeline. We are spread out all over the place, often we don't want to go out and mingle due to infection control, or we are nervous about meeting people face to face. Social media is a great way to get to know other people in the same situation, and get advice and support.

I never expected that charities like Tommys or Bliss would be interested in blogging, and I've been amazed and overwhelmed by their supportiveness and the inroads we have made in social media involvement with the true stakeholders, parents. When I looked at some of the Twitter chats yeseterday, I felt immensely proud of what we have achieved, and that we have active parents using social media to raise awareness.

I never expected, on this blogging journey, that I would see my name on the Independent website, thanks to Tommys for putting me forward. I never expected to be on BBC radio or ITV television either. I just thought all I would do is blog my heart out.

I have had immense support, from Britmums, I cannot tell you how supportive they have been of me, sharing posts, promoting Twitter parties, offering support. They are just amazing. If you join no other network, make it this one. And thanks to Netmums and Mumsnet too, for sharing posts and offering support too.

I have had immense support from the parent bloggers community, especially Nickie at Typecast. There have been many many others, always willing to help. I have felt supported, cared for and loved.

I am not special. I am just one mummy who decided to start a blog. I never set out to be an "expert" or better than anyone else. I am just enthusiastic, and passionate. I love to help other bloggers, and I'd love to see lots and lots of premmie mums blog, and there are loads out there that I will share with you later today.

Blogging has given me so much, its given me a voice, a passion, and so much joy. 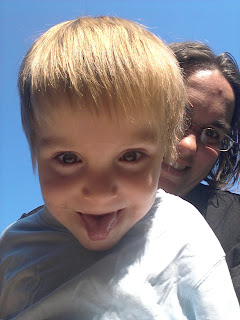