A Superhuman Effort for Bliss

As most of you may know I now work for Bliss the charity for premature and sick babies. I first came across Bliss as a service user, a stressed scared parent, then as a volunteer. My first volunteer role was on the Parent's Panel for the Little Bliss magazine. 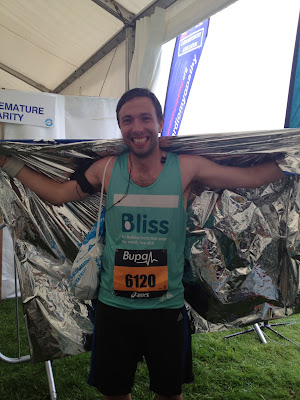 At my first meeting I was greeted by Mark Gorman, the editor. Mark struck me with his passion for Bliss, and his willingness to learn from parents. He was always ready to listen, to be challenged, to take on ideas and to champion our causes and interests. The way we have been able to direct Little Bliss and focus it for families has been truly amazing, and its down to Mark trusting us.

Mark is also hilariously funny, and slightly mad. So mad he is running a marathon for Bliss. No that's not actually the whole story. 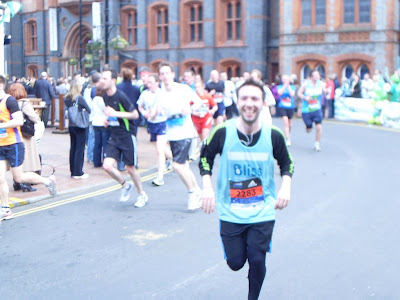 Mark is running 3 marathons for Bliss in consecutive weeks. Kicking off in Paris on the 7th April, followed by Brighton on the 14th April culminating in London on the 27th April.

You have to admit that's just so inspiring. Mark has such a passion for Bliss, and for the tiny lives we take care of. He is truly an inspiration. 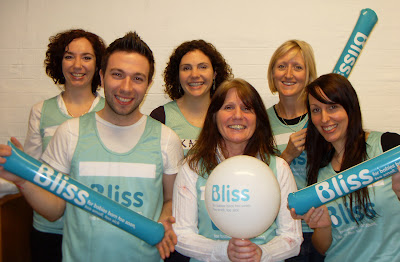 I am immensely proud to be part of the Bliss family, and very proud of Mark. Last night I attended a mad quiz night to help raise money towards the marathon effort, and we had so much fun, weirdest quiz I've ever been to, but it was awesome to see just how much support Mark has.

I really want each of you to dig deep. If each of you who read this gave £1 that would really help. Please dig deep and help Mark achieve his goal. I will aim to match the donations given by my readers. If you donate leave a comment or Tweet me so I can tally it up and match it.

And just to totally embarrass the poor guy, watch this!