Every baby is an individual, and every baby has a different journey. However, for a baby born prematurely there is a pathway they generally follow but hitting their milestones at different times. 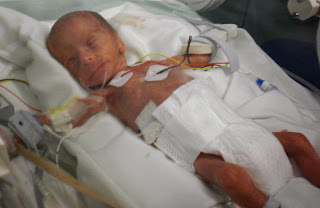 At this stage Joseph was a few days old, he had started off on ventilation but moved to the less invasive CPAP. Here he is having a bit of a rest from it. He has a long line giving him food, and an oral tube, but wasn't feeding orally at that stage. The lines on his chest are to monitor his vital signs. The nappy he is wearing is the absolute smallest available and only available to hospitals. He weighs less than his birth weight of 1lb 7oz in this picture. 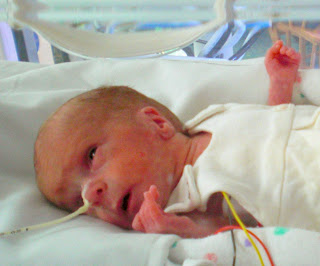 The next step is the High Dependency Unit. Babies may still be receiving some breathing support. Here Joseph is 5 weeks old and now breathing on his own most of the time, but when he was tired received CPAP therapy still. He now has a nasal tube for feeding, the long line has gone. He still has the monitoring wires. He is not allowed in full clothes yet, but wears a vest. 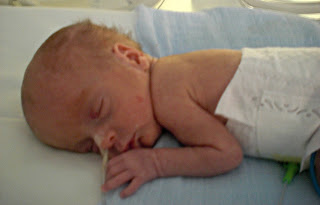 Whilst in HDU still Joseph finally moved to a cot. This is the last picture taken of him in his incubator, just after his first bath, his hair all fluffy. 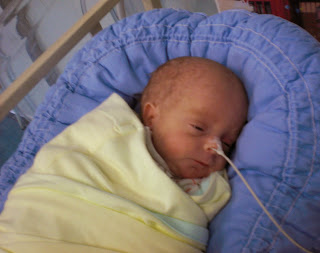 One of the final steps is the special care nursery. At first their cot is heated for them to get used to being in room air, this is actually a water filled mattress, very cosy. In the special care nursery they are just feeding and growing, they've sorted the breathing thing out and just getting ready to go home. Sometimes at any one of these stages, babies can have setbacks and go back to an earlier level of care. Whilst soul destroying when it happens, its fairly normal. 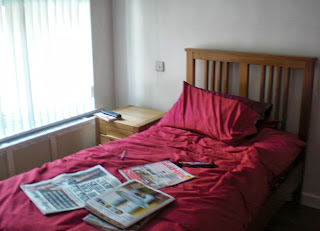 Before the final step to home, most parents will room in, test driving their baby and learning the ropes to make sure they are confident to go home. 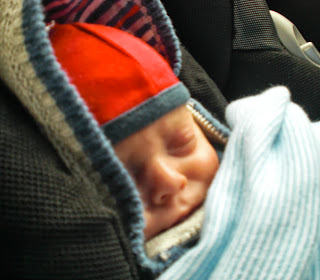 The final step is that long awaited journey home. Given that its mid July in this picture I think I went a tad over the top with the wrapping, but he seems content enough. 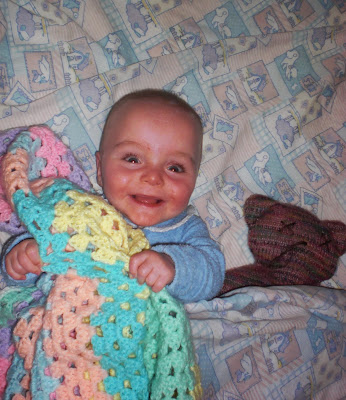 And whilst it may seem a lifetime, before too long those hospital days are just a memory.

You have a baby.