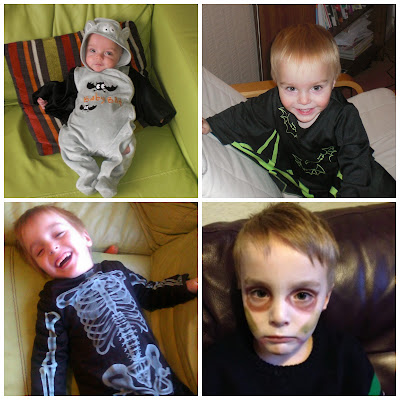 Halloween isn't something I've ever paid any attention to. Halloween, until recently, wasn't a "thing" in Australia.

When I moved to the UK I paid it little attention. My two years were spent in a flat with no easy access, so trick or treaters. I then moved to a little house in Ramsbottom, and I'd always have some sweets ready to appease the kids who would knock on the door.

I never really had a "stance" on Halloween, I did think it was a US thing and wasn't that interested. I did expect that once at school, Joseph would want to mark it in some way, but I hadn't given it a lot of thought.

Joseph was born in May 2009 as I have well documented, I was traumatised. I kept to myself a lot making a token effort at baby group on a Monday and spending a lot of time on my own at home. I was frightened a lot of the time. The doctors put the fear of God into me that Joseph would be a frail, poorly child for his first year and that I was to be careful. I treated him like he was made of crystal.

One day I happened to be in a supermarket and saw the cutest little outfit and bib. So I bought it. 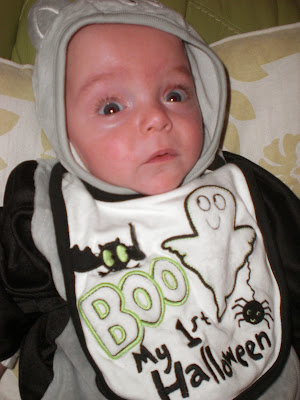 That first Halloween I dressed him up and my husband and I took him trick or treating around our street. I let people hold him, really for the first time. I enjoyed the delight on people's faces as we held our baby up saying "trick or treat" and giggling as people gave us treats and money.

Halloween 2009 was a milestone. I enjoyed my baby. We had fun. I let myself just be a mummy, be silly and let my guard down. And nothing happened. He didn't get sick, noone hurt him, it was fine. 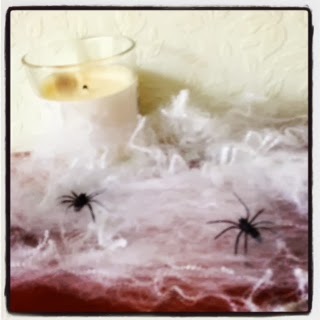 Today our house is decorated. Quite subtly I might add, but there are spiders and skeletons, ghosts and bats.

The pumpkin is carved. "Mummy I want a spiderman pumpkin". 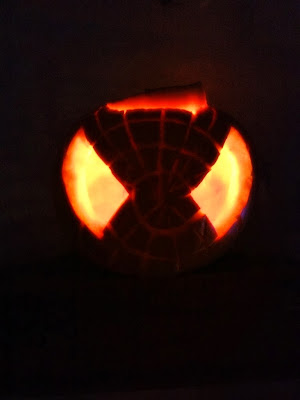 Halloween to me, is a celebration. Of childhood, having fun, eating too many sweets, carving tasteless horrible pumpkins - the English carving pumpkins are not edible to me, blech give me a Queensland Blue any day of the week.

On a personal note Halloween marks a turning point in my own parenting journey, from frightened guardian to loving proud mum.