It was a Sunday. A year ago. It was all over Twitter blog posts about Savile. Everyone was talking about child sexual abuse. It was overwhelming. I spoke to a couple of people that day and for the first time told people I was a survivor. It was frightening. My husband and son were away I was alone in the house and I felt scared. Scared that I might hurt myself.

The first person I spoke to that day was Zoe from Saying Goodbye who was amazing and she told me about Fragmentz. She also told me a lot about sexual abuse and having a baby, that really helped to put some of my emotional problems into perspective. However as the morning went on I got worse.

Self care is something I have become good at over the years so I knew that I would be safer out than at home, and went to Tesco where there's a Costa. I sat in Costa with my phone in hand, and my dear friend Daniel was around on Twitter. At the time we were good friends, and had shared quite a bit especially about anxiety but I hadn't shared where my anxiety had stemmed from, the abuse I had suffered as a child.

I swallowed hard, blinking back tears, and told him about my past. Over the next few days Daniel helped me. He was instrumental in my decision to come out as a survivor, to put my story out there. It was the hardest thing I have ever done in my life. Even harder than consenting to Joseph being born 13 weeks early.

I wrote two posts, Savile is Dead and another more personal one, which hasn't seen the light of day. We decided to go with Savile and I got support from several other bloggers, Fragmentz, Mummy Barrow and Nickie at Typecast. The day it published I was overwhelmed. So many comments, emails, messages of support, so much love and support for me. Me. Coming out was the best thing I could have done.

The other thing that has come out of it is a deep friendship. Daniel has helped me so much with seeing my GP, getting support in place and going through therapy. He has also seen the power of writing and his own writing has improved markedly. This post about his Nan that he wrote this week is proof of his writing ability and his heart and soul. 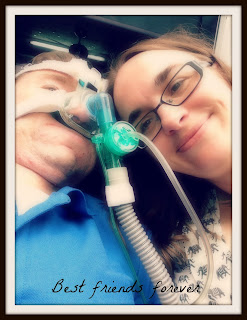 I am lucky and blessed, and I have a new life now. After Savile.
Posted by Kykaree at 08:00