A Reluctant Adventure on the Manchester Wheel

It was a quiet Sunday and Joseph and I decided on going to the "dinosaur museum" the Manchester Museum adjacent to the University of Manchester. However something happened. As we were on the tram towards St Peter's Square, Joseph spotted the Art Gallery. He decided he really wanted to go there. I was impressed as he had never been, doesn't frequent Manchester so must have read it. We had an enjoyable couple of hours wandering around. Then we left.

"Oh Mummy, look we can go on the big wheel!" exclaims Joseph.
"No Joseph we can't, we don't have enough money, we don't have enough time, we are not going on the big wheel", I quickly counter.
"Mummy, I know you are scared, but I'll look after you", he says, patting my hand reassuringly. And before we know it we are queued up to pay.
The attendant looks at Joseph critically "Are you sure he will be ok?", she says the concern clear in her voice.
Joseph sighs and rolls his eyes "I will be fine, mummy is frightened, but I've promised if she's a good, brave mummy I will get her an ice cream when we are down". Howls of laughter from the atendants, security guards and throngs also queued up for this terror ride.

Our booth turns up and we are shown inside. How I didn't throw up as we started moving I don't know. Joseph was so excited and began running around the booth. "Sit down!" I yelled. Joseph laughed at me "Sorry mummy, do you need me to hold your hand?" I barked "yes!".

I kept taking photos, to keep my mind off the motion sickness. I really don't do heights, especially moving heights, it just scares me and makes me feel sick.


I do love looking at the big wheel but have to say I appreciate it much more from terra firma. 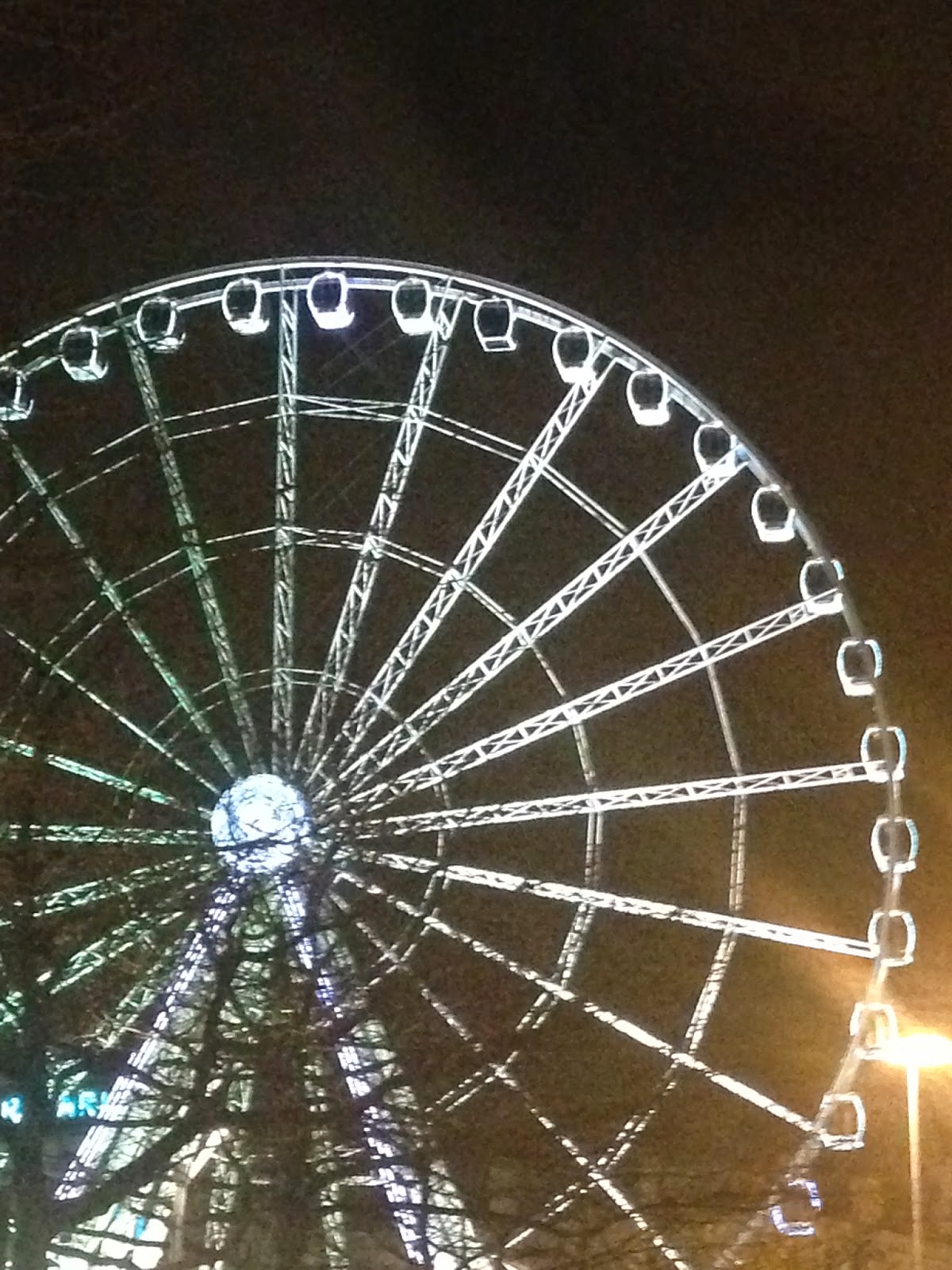 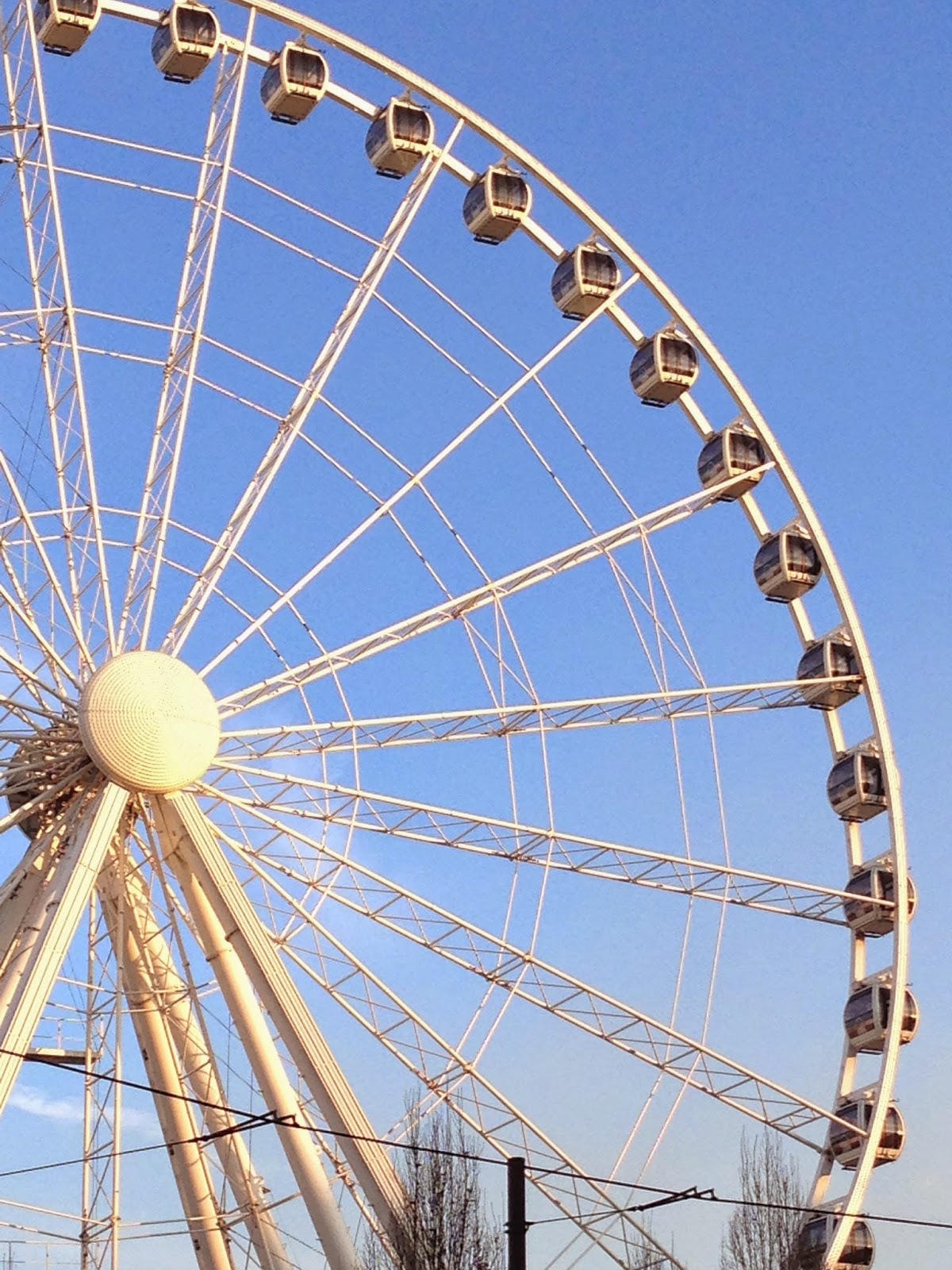 For the record I was taken for a 99 with flake and strawberry sauce following the ordeal, for being a good, brave mummy!