See How I Grew

At the end of term we opened Joseph's bag to find a school project that filled me with dread and sadness, you can read the post here

Joseph has always known about his start more or less, he's seen pictures from early on. He went through a phase of denial being upset when he saw pictures of me holding him, thinking it was another baby.

Joseph can pretty confidently explain his pictures, but still, I felt the project was a difficult one. I was so surprised to hear his thought processes as he looked over all his baby pictures. Now the project is finished. 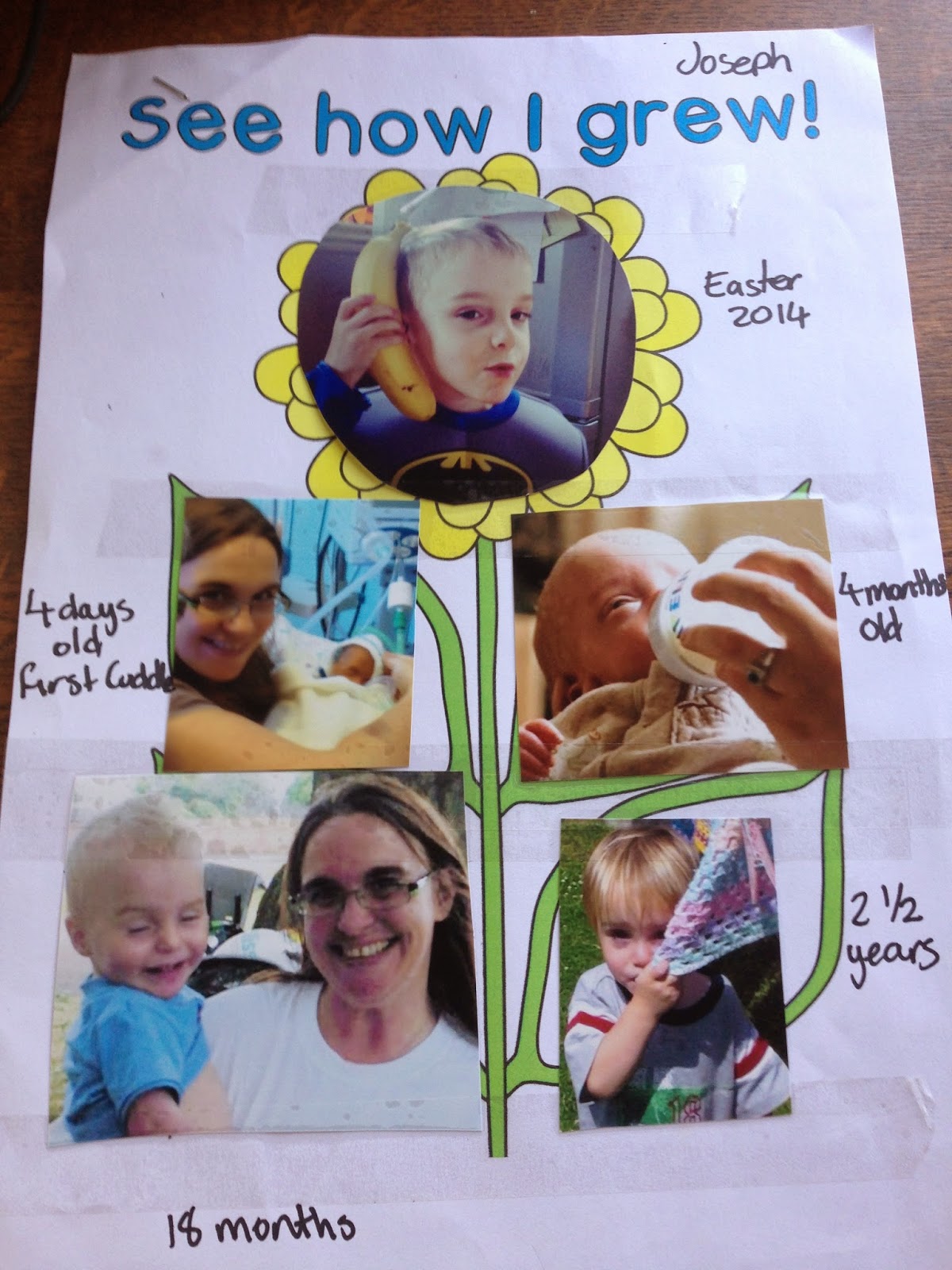 To be honest, I think this project has helped me more than it has helped Joseph. I have seen these photos a million times. He chose a home one with a bottle, which surprised me, and I actually hate that photo as I really wasn't keen on formula. It's a healing journey, seeing this pictures through Joseph's eyes, and also seeing myself in his eyes too. He wanted me in every picture. It's very healing to live with a little person who thinks you are the most amazing, most beautiful person in the universe.

I can't thank the nurses enough who ensured our first hug picture looked as non clinical as possible. It must have been a brave decision to give him time off CPAP at that stage, and they hid all the wires and cannulas, I remember them all coming out of the end of the blanket. But that picture looks so "normal" just small.

I'm glad its over and I hope that perhaps it helps bridge a few things for the teachers, so they understand just where my little superhero has come from.
Posted by Kykaree at 17:20