The Penny Drops -PTSD and A New Song

I remember when I was pregnant having some counselling, and the counsellor said to me, when you have a trauma things will stick in you mind, songs, movies, odd things. And these things will come back to you. I was having the counselling because I was still very upset about my miscarriages and this was causing me a lot of trouble when speaking to health professionals about the pregnancy that was causing me such anxiety.

When I think of Joseph's time in hospital I think of a few songs; Wires by Athlete, Fix You by Coldplay, or The Scientist by Coldplay, also a slowed down version of All My Loving by the Beatles.

Today these photos popped up on my Timehop.

The soundtrack that started playing was "Happy" by Pharrel Williams. Just look at my face, and Joseph's body language and his face. These pictures were taken 6 weeks into our journey. I had hit the wall. I was so fed up, upset, angry and annoyed that my husband took the day off to support me. This is a very un-Corey like thing to do.

Up to this point cuddles were incredibly dependent on who was on. I was never allowed cuddles when Joseph was on CPAP, and time off was often done at times I wasn't in. Not all nurses were confident handling him, and more to the point weren't confident in my ability to handle my own baby. The more experienced ones were fantastic, but they were taking care of sick babies. Joseph wasn't sick by this time, just the interminable feeding and growing.

The thing about neonatal stays is you don't know how long they are going to be until they are over. This was pretty much half way. Our release wasn't til the end of July.

On this day one of the younger but highly trained nurses said "of course you can have CPAP cuddles", fished him out, plonked him on me and left us to it. I even transferred Joseph to my husband's chest as well.

After this I never took "no" for an answer I would challenge respectfully, but honestly. "If nurse X was happy for me to have cuddles yesterday and you're not today, can you let me know what's changed?"

What I realise now was the only time I was truly happy in that time was when I was holding him. And that actually is correct. That isn't wrong. I was a mummy from the moment he was conceived and that came to fruition when he was born. It's correct that I was upset that there were barriers in the way and that at times I was prevented from being a mummy.

What isn't correct is that I still feel that way. It's going now as I realise that a huge element of my PTSD is separation anxiety. Both of us, Joseph and myself, have suffered from separation anxiety. We are both getting better. He has formed attachments with his classmates and his teacher. The problem at the beginning of the school year was that he hadn't learned to do this. Other children did this more quickly than Joseph. And that isn't my fault either. He just wasn't ready as quickly and we nurtured him through it.

I don't need to have separation anxiety now. He lives with us at home. He runs into my arms whenever he sees me. He knows me and loves me as his mother. And always has, and always will.

I don't have to suffer PTSD any more as the trauma is over.

It's going to take time and effort to retrain my brain, and CBT I think will do this. I believe, for the first time in 5 years, that I can be free of this.

And this is why. 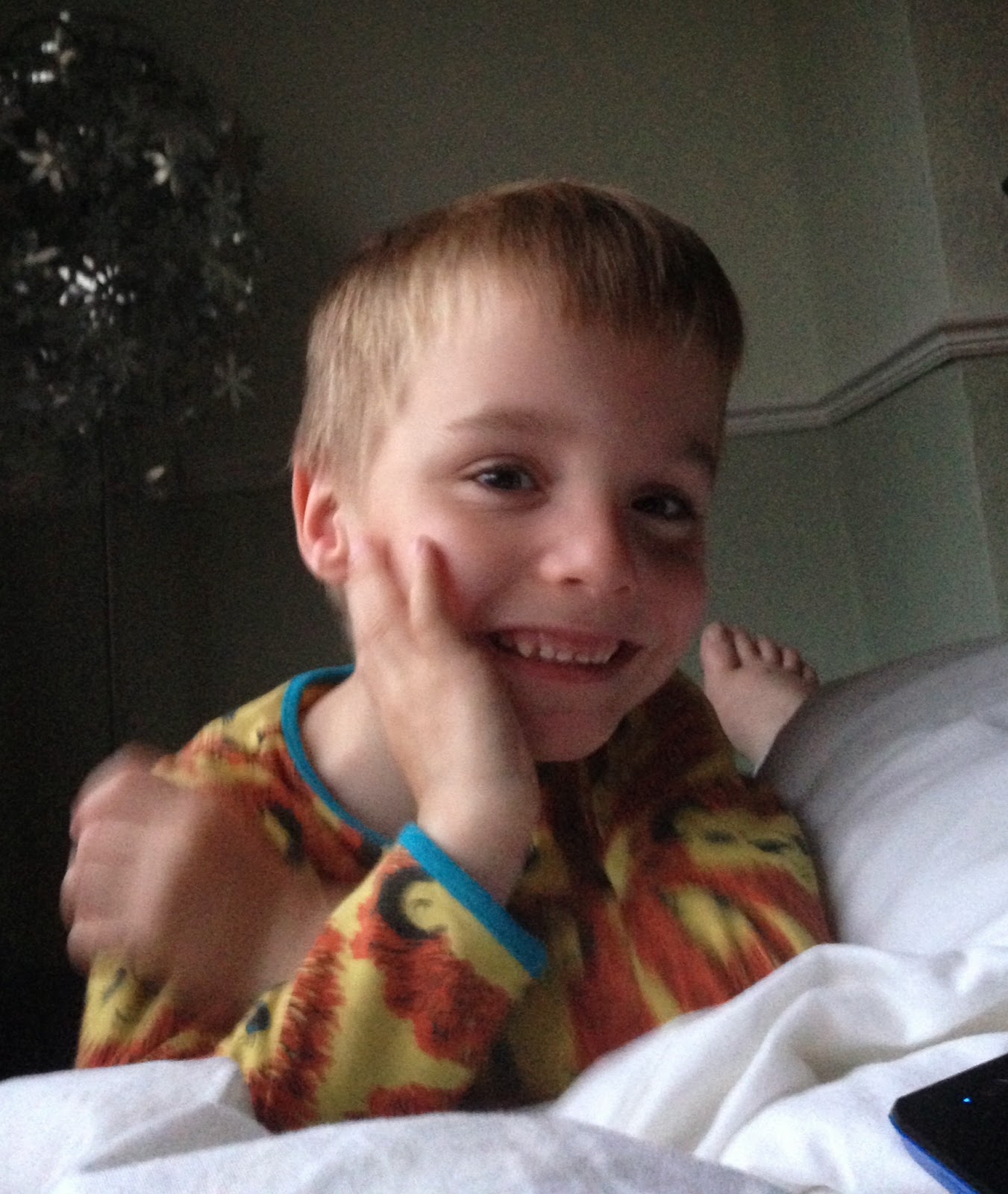