Today's chat as we walked into town "Mummy, I want a campervan with golden wheels", commented Joseph as we walked past a makeshift traveller site. I asked, "where is the first place you would go, in your campervan with golden wheels?" Joseph paused for a while. "I would go to Bolton and I'd have lots of cake in my campervan, and blankets for the babies, and I'd go to the hospital and help the mummies and daddies take care of the special Bliss babies". 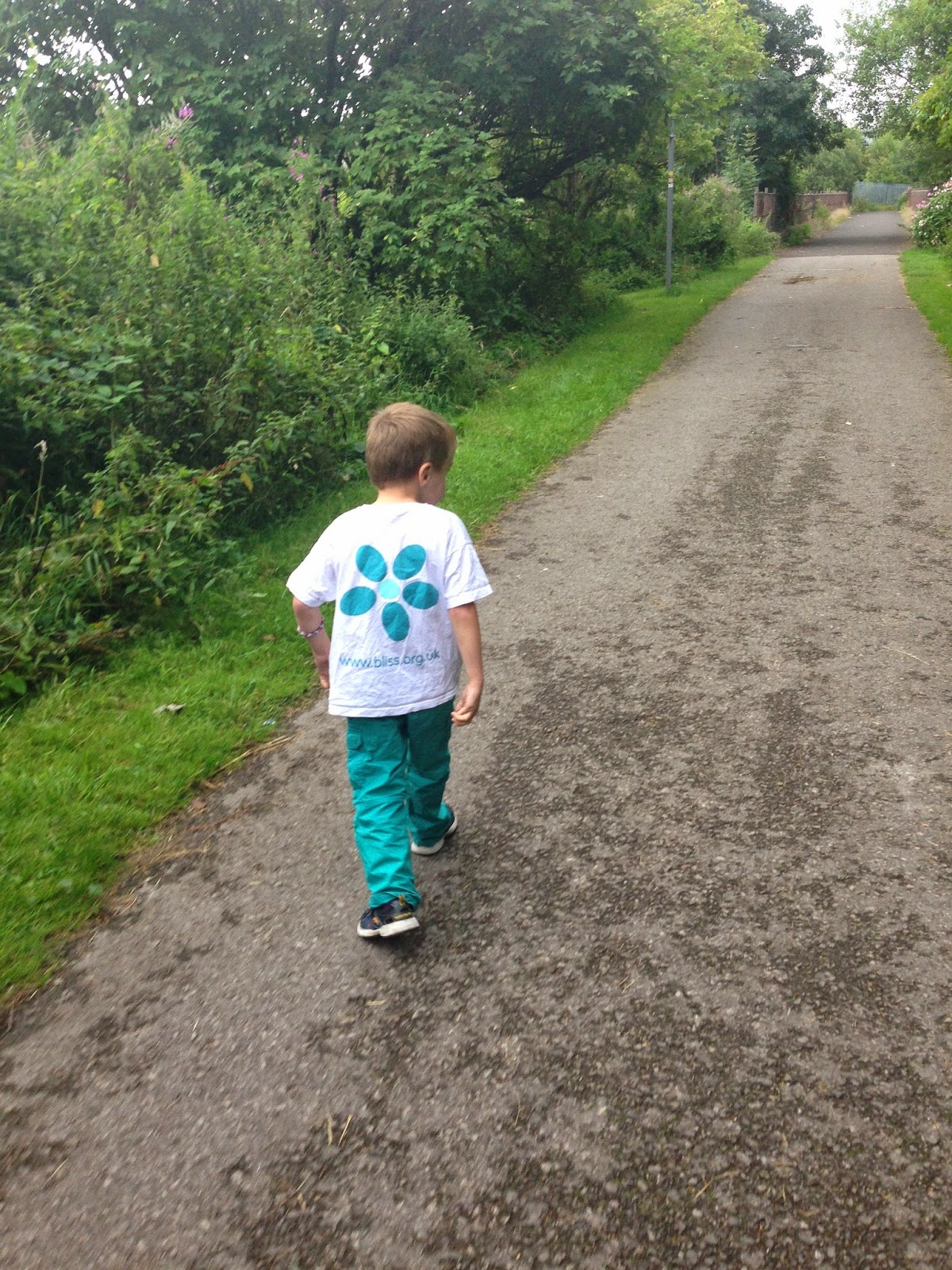 I was expecting Disneyland, or the moon, or Stampy Longnose's house to play minecraft. I don't really talk about work and what I do a lot, or perhaps I do generally and he's absorbed it.

It's no secret that Joseph is struggling at school. He is "way behind" the other children. His school report was put in lovely positive language but it was clear in the subtext that Joseph is a loner, he doesn't really play with the others. Although the best bit was "Joseph makes everyone happy, and he is a joyful presence in the classroom".

My dear friend Leigh wrote this post the other day. It was the first time I had read someone say what I often think.

Being a parent is hard. We all have days where mindless whinging, refusal to eat something they ate fine a few days a go, a broken posession too many makes us lose it. We get over tired, over wrought and stressed out at times.

However, being a parent is a huge privilege. These humans, and that's what children are, little humans, are entrusted to us. Sometimes, they are taken from us.

I read Leigh's tweets and post and think "there but for grace go I". We both had severe pre eclampsia, Leigh copped the double whammy of HELLP syndrome. I think the fact I had been on methyldopa since early on probably staved this off for me. We both had very small boys. Both boys put up one hell of a fight. Hugo lost his. It breaks my heart to see Leigh's strength and grace and compassion. Sometimes I feel guilty for putting up a million Joseph photos and talking about him constantly.

However her post made me realise something. Yes, to read of a child bringing so much joy must bring a pang to the heart, when your baby is not with you. But to see a baby loved, cherished, and recovering from his prematurity must help in some way.

Children are not like dogs or cats, an endlessly yapping dog might well be one of the worst sounds ever, a cat climbing in to cupboards and knocking everything out is stupid. But cries of a child? A child exploring their world?

And don't get me on stupid. Joseph can't read or write at 5, the rest of his class are doing so much better than him.

But stupid? Nope, a stupid child doesn't want to buy a campervan with golden wheels to help families with sick babies.

I couldn't be any more proud of the special little man I have been entrusted with.