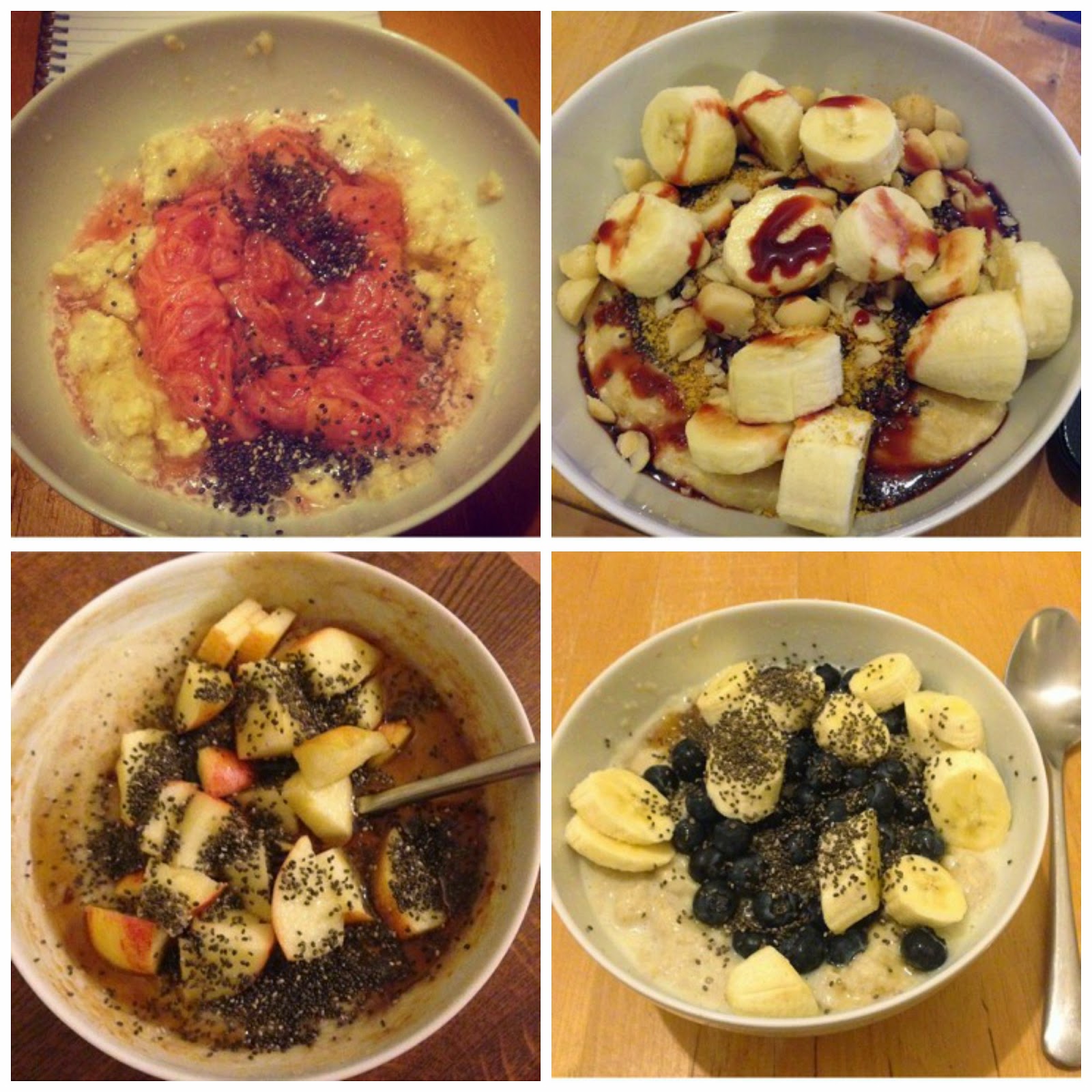 Who would have thought cooking porridge in a slow cooker would be so controversial? "But it's so quick in the microwave" "It only takes 5 minutes on the stove top. Here are my reasons for using the slow cooker.

1. I'll eat it. I know to lose weight I have to have a substantial breakfast. I will skip breakfast if left to my own devices. If it's hot and waiting when I get up I will eat it.

2. I use proper steel cut porridge oats. These oats are lower GI and more substantial and keep you fuller longer. The also take longer cooking, at least 20 minutes on the stove top and they aren't that great in the microwave. In the slow cooker they are perfect every time.

4. The time I save by cooking on the stove top I use to prepare my porridge toppings and to make my lunch for the next day.

How I do it

My grandad used to cook it direct in the slow cooker. This isn't a great plan. The porridge tends to catch and caramelise which doesn't taste good. So I use a bain marie technique.  I use a glass Pyrex jug which is marked up to 500ml or 1 pint. I fill to the 1/4 pint with oats (a good handful) and to the 3/4 line with "milk". I am currently using soy as that's what I have in, but I prefer coconut or almond. Normal milk is fine of course. I half fill the slow cooker with water. I was using my oval one but it doesn't have a light on it so now I use my tall one, as it's easier to check that its switched on. I learnt this one the hard way.

I then cook on low overnight and wake up to delicious creamy hot porridge.

Porridge toppings
My grandad used to have salt and butter on his, followed by wee dram of whiskey or drambuie. I am not of his stern Scottish stock!

* stewed rhubarb - I cook this in the slow cooker as well
* apple butter - this is a reduced apple sauce, also done in the slow cooker with spices such as cinnamon, nutmeg or mixed spice, sweetened to taste or not.
* bananas
* raw apple
* raw pear
* blueberries

I have tried quinoa porridge, first time on stove top which was not successful and second time in slow cooker. I kind of liked it but to me quinoa has quite a savoury taste, so I'll stick to it for main meals rather than breakfast.

My portion size is fairly large. I usually walk for 2 kilometres in the morning and I am satisfied until lunch. If my weight hasn't dropped I will reduce this portion size but for now I'll stick with it. I find I am not snacking during the day unless I have been exceedingly active, so I think it's working for now.

If you find you are skipping breakfast or short of time in the mornings and have access to a slow cooker, perhaps give it a try!