I Don't Do Remembrance Sunday 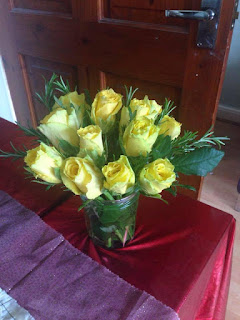 The Sunday in November that we stop and remember those who fought so that we may have freedom.

I don't wear a poppy. Before you unfriend me, slate me or defame me this is why. I am Australian. In Australia we don't do the poppy as much. For Australians it's rosemary.

Those paper poppies, I buy one every year. Well I pay for one every year but I don't wear one. Poppies fade, they fall off, they get lost. When I see people wear poppies I feel pride, when I wear one myself it feels wrong. A spring of rosemary on my collar, like the diggers in Australia, that to me is remembrance.

For rosemary in ancient literature signifies remembrance, fidelity. With rosemary you know where you are. It is evergreen, it is strong, it is powerful. It brings to mind lamb roasts, warm kitchens, solid tradition.

You see those brave men that landed at Gallipolli, who were gunned down so quickly by the enemy, who were lambs to the slaughter, fought not over desert or rocks, but the wild rosemary growing over the banks and hills around Gallipolli Bay. The braver still regiment of Lancashire Fusiliers who rescued the survivors did the same.

You see I do not wear a poppy, or stop the world for Remembrance Sunday for one key reason. My dad risked his life for mine before I was born, before he moved to Australia, before he met my mother. My dad enlisted in the army and then the Royal Navy. He bravely fought, though rarely spoke about it, and his knowledge of war history was second to none. He was a scholar.

I have a rosemary bush by my front door and every morning I say a silent prayer for the servicemen and women of yesterday and today.

On my Day of the Dead celebrations last week I had yellow roses, as they were the flowers that dad had at his last meal with me last year, before he died, with lots of rosemary from my garden to signify his own sacrifices in war.

I remember our war dead and our living dead every day.

I give thanks for the men and women at home and abroad, for those who serve, those who come back and those who have fractured minds and hearts as a result of combat.

Perhaps because I have "the digger's disease" PTSD it makes me more aware of what it must be like to live with the horrors of war inhabiting your head every minute of every day.

Maybe because I could have not been here had Hitler's men (or Hirohito's for that matter) killed my father.

Maybe because I lived with my dad's memory and legacy I feel that affinity every day.