I posted that picture yesterday because it was the first ever taken of Joseph. It was my mother in law's camera and the photo was taken by my husband, because I couldn't leave my hospital ward.

It was the first time I'd ever seen him, that photograph. My husband took it, gave the camera to his mum, she rushed to Boots and had it developed and brought it back to me.

When I first saw it I just thought "good lord what have I done to that poor child", and was filled with guilt and remorse.

Then I looked again. His skin looked good, he looked peaceful, and I just fell in love. 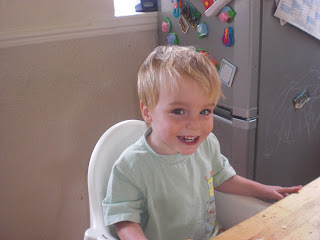