So Joseph has had two weeks off pre-school, and they have flown by! Since Easter Sunday this is what we have been up to! 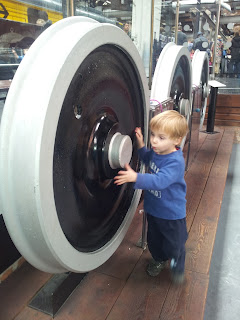 Every man and his dog was at the museum on Monday! Joseph didn't know what to do in the Power room, with all the different trains, engines, wheels and cogs, he was totally in awe of it all! We barely scratched the surface of the museum, which is great, as it means another trip soon!

Tuesday - The Train to Scunthorpe 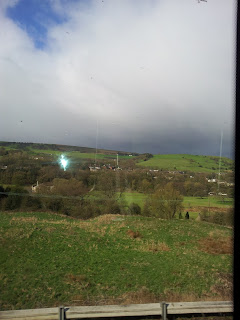 We took the train to see some friends in Scunthorpe, its a 2 hour jouurney from Manchester through industrial towns and rolling green countryside. I love the journey! I didn't take many photos as it is difficult with Joseph, who every time sees the phone, says "mum I want to play games on my phone". 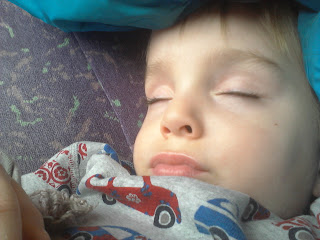 It never ceases to amaze me how Joseph can just sleep anywhere! This is Joseph tucked up next to me on the train! At Stockport, ten minutes from Manchester, I put Joseph on my lap to wake him up "Joseph, are you awake" A loud reply "No mummy, I am sleeping!"

Wednesday- A double decker bus ride
We went into Bury to see if we could find a double decker bus. I was rather impressed to see one going to Ramsbottom, the 472. Now whilst not in anyway a tourist bus, this route is great, it goes up Walmesley Road, should it not be raining, there is a farm shop, called Falshaw's en route, and Park Farms plant nursery and cafe. It then goes right through Ramsbottom and down the other side of the hill back into Bury.
We decided it was "far too wet Mummy" to get off in Ramsbottom, so we continued to Bury where we discovered that Greenhalgh's gingerbread dinosaurs had returned from their Easter break. 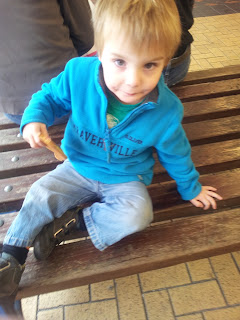 On Thursday, we visited our beloved Boomerang soft play centre with dear friends Becky and Lottie. Joseph had a fantastic time. No pictures, as the centre was far too busy.

Fortunately no pictures exist of Friday's disaster. I was sick, and I'm never ill, so we had a duvet/doona day at home.

We have to confess, as a family we are total transport geeks.  We had both a vintage bus and a train for our wedding day, as well as a vintage car. I can't believe I had never been to this museum before, it is truly excellent. It's basically two huge sheds filled with buses and a traditional tea room. What's not to love? 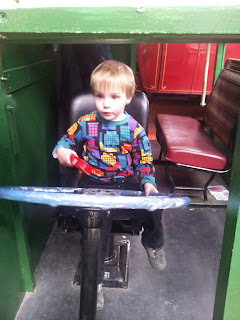 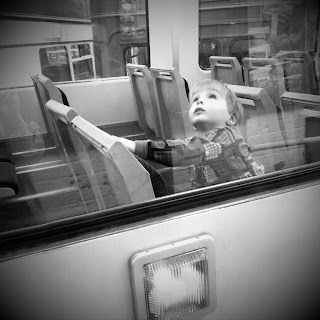 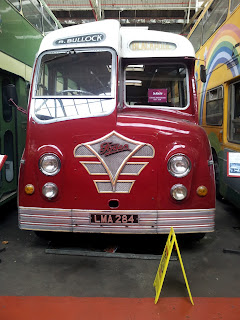 It's been a wonderful week!
Posted by Kykaree at 08:00