Yesterday on the Britmums facebook page there was a suggestion that we blog about milestones. I am very passionate about this topic!

When Joseph was about to be discharged from hospital, one of the nurses said, almost as a throwaway line "don't worry too much about milestones and just add a few months to what the Health Visitor expects Joseph to be doing" I had no idea how much I would hang on to those words.

For any new mum, a baby comes with its own anxieties. "Should they be doing this by now?". For the mum of a premature baby this is amplified many times over. In our case Joseph was very slow to hit his milestones even taking into account his corrected age, that is from when he should have been born, not his actual birthdate.

I would try not to worry, but often I'd fail miserably. Should he be rolling over by now? Sitting? Crawling? I slowly realised that Joseph was on his own timetable. Joseph didn't sit until 12 months actual age, crawling came much later, and walking later still. I learnt not to look at charts, or to pay much attention to the health visitor. 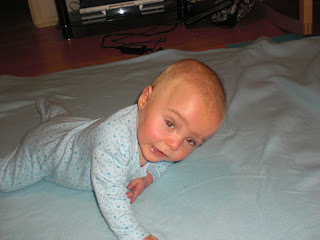 What I quickly established was that Joseph would not practice anything. This is him lifting his head for one of the first times, and see he is right up on his hand! But crawling was another 6 months away, even though he looks like he's about to take off!

What was really interesting is that with speech he's been pretty much at actual age with little delay, ok, on the just acceptable side of actual but that's ok! I have had a number of heated discussions with consultants and health visitors concerned about sitting, weightbearing and walking. It's been hard at times to just relax and believe in Joseph.

I think its very easy to get caught up in milestones and worry, but sometimes you just need to take a step back and enjoy the moment!

Today I have posted over on Wriggly Rascals about my experience bringing my premature baby home.I am sure regular readers will be aware that I really struggled at first when we came home and it took a long time for me to "get into my stride" as a mum.  I know a lot of you will have experience of this. Pop on over and help a mother who is struggling at the moment.

In my news update last week I shared about little Luna Bliss, the daughter of Inspiral Carpets' Clint Boon . His son Hector has had all his hair cut off to raise money for the Royal Manchester Children's Hospital. He has raised over £11 000 so far. If you want to support Hector you can do so here.

Angel Faces Outer Sparkle, based in Bury, are selling beautiful handcrafted necklaces with all proceeds going to Hector's fund. I have just received mine and it's beautiful!I won't tell you the price, but you will be pleasantly surprised. 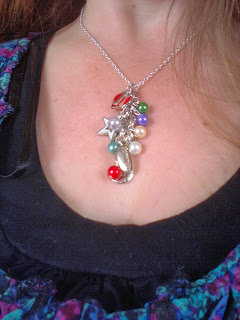