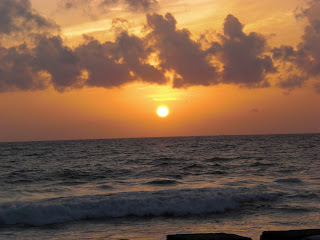 Today I want to let you know about Saying Goodbye a set of national services for parents who have lost a baby, at any stage - miscarriage, stillbirth, neonatal loss, or in the first years to say goodbye in a community of people who understand.

It happened so quickly. I felt sick, my mum suggested I do a pregnancy test. I did one. I couldn't believe it. I did another. I still couldn't believe it. I was excited, scared, apprehensive. I went to the GP, we worked out my dates. And then it happened. I went to the toilet and there was blood. This was in Australia, and I called the GP who sent me straight to an obstetrician. She did a scan. She said "sorry". I cried. I went to hospital and had a d and c. And cried more and more until there was absolutely nothing left.

I was plagued by thoughts. Did I have a girl or a boy? Would I ever fall pregnant and keep a baby. For you see, this was my second miscarriage. My mental health disintegrated, as I pushed myself back into work too quickly. I was prescribed anti depressants. They didn't work. I wasn't depressed, I was grieving.There didn't seem to be anywhere for me to go with that grief. I couldn't say goodbye  "At least you know you can get pregnant" they said. "Well it wasn't good timing", they said.  My relationship shattered under the pressure and then I moved to England. I ran away.It took a further 10 years for me to get pregnant.

I never really got to say goodbye to my baby.

We, as a society,  don't talk about baby loss nearly enough. When Joseph was born a lot of people felt they could share with me, and I was open to hearing the stories I was told. I spoke to 70 year old ladies in the local market about their pregnancy losses over 40 years earlier. A woman at my church opened up about her premature baby, born nearly 3 months early, who in 1950 did not stand a chance. There are many mothers and fathers, some who have never held their babies in their arms grieving for babies they never met, or didn't know for long, carrying a burden of grief in their hearts. Maybe you are one of them.

Saying Goodbye is a set of national remembrance services for babies who have at any stage, from conception during their first years. The services are being held in cathedrals, major spiritual centres,in places such as Manchester and York, there is a list on the website and more being added. The services are multi faith in nature and all are welcome.

Every time I attend a cathedral I light a candle for my babies, and remember all the babies I know who have been lost. Our babies deserve to be remembered, and to be laid to rest. I strongly believe that there is comfort in being part of a community of faith, whether that be Christian, your own faith or another faith. We are all united in our grief and together we can support each other, grieve together, and share our sorrow for the babies we have lost.

I will be at Manchester Cathedral, finally laying my babies to rest, and Saying Goodbye. Join me.