I met Ruth on Bliss shortly after the birth of her special little trio. We became close and are now good friends. I have asked her to guest post for me, and would love you all to support her. I am trying to persuade her to blog as she has a lot of interesting things to share.

I have wanted Ruth to explore a difficult topic. Ruth gave birth to three beautiful tiny babies, but only brought 2 home. She has since given birth to another angel girl, Eden.

Babyloss is such a hard topic to write about, and to talk about. It is more common than we like to think.
Over to you Ruth. 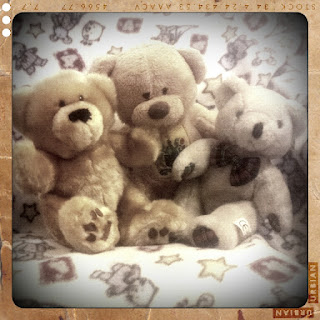 The moment that we were told we were expecting triplets felt so unreal, I was glad that I was lying down! We felt so blessed to be given 3 babies. Over the following weeks we were able to get our heads around the news and the massive challenge to come. We were told of the risks that are often associated with multiple pregnancies and that premature delivery would be very likely. We had started to plan the nursery, rearrange the house and shopping  for baby stuff times three! On the 29th April 2010 our triplets were born by caesarean section;  Reuben Alexander 1lb 6oz, Henry James 1lb 7oz and Isla Grace 1lb 1oz. On that day we started the very long, difficult and emotional rollercoaster that was the NICU journey.
Our babies were very poorly for a very long time and we endured several months of making hospital visits every day, at one point the babies were in different hospitals and Greg and I had to relay between them. Then the moment came that every parent of a sick baby dreads, our smallest and sickest baby Isla was rapidly going downhill and becoming incredibly poorly, clinging onto life. She then amazed everyone by hanging on and fighting, we all thought she was turning a corner. On the 25th July 2010, after 12 weeks of fighting, Isla passed away.
19 months have now gone by since Isla passed away and there isn’t a moment of the day where I don’t think about her. Of course we are so blessed to have Henry and Reuben but at the same time they are a constant reminder of what we should have had. 3 babies, 3 car seats, 3 cots, a triple buggy, the list goes on. One of the hardest things that I have found since bringing the boys home from hospital is the reaction from the public when they see Henry and Reuben.
The most common things I hear are “oh twins, how lovely” and “you have your hands full”. Every time I hear these words is like being punched in the chest, my heart sinks and I feel sick. In my head I am screaming, but how am I supposed to turn around to a stranger and say “no they are triplets, the other one died”. There have been one or two times when I have been having such a bad day and I just say it, turn around and walk off before they get a chance to reply. On other occasions I’ve gone along with it and said “yes” but then felt truly truly awful that I have lied and pretended that I only ever had two babies.
There have only been a couple of times in awkward situations where I have said it and I feel so guilty and upset that I have cut Isla out like that. I just dislike the fact that people are so judgemental that it feels like I have to answer them, when I know that really I shouldn’t have to explain myself to anybody, especially strangers. I have even had times where I have said no to them being twins and then the person saying “oh you didn’t hang around”. Yet more assumptions that are really quite unavoidable and at times very upsetting. In other situations where I have not been able to run away have also proved quite challenging. It took a very long time for me to take Henry and Reuben to baby groups because I knew the reaction that I would get. I can’t just say the things that I would say to random passers-by but this situation usually becomes more awkward.
I find myself having to explain that they are not twins, they are triplets who were born very premature and very sick and that their sister lost her fight. I am then often faced with the shocked and worried look on the other persons face as they sit there struggling for words and not knowing how to reply. I have often tried to think what it must be like for a person to hear me say that, I try to put myself in their shoes and think what I would say. I have realised that there are no right words and there probably never will be, I just wish the situation was less awkward.
What I suppose I am trying to say is that I wish people were more subtle, thoughtful and not so assuming but I guess this is something that I am always going to have to deal with and get used to. I also wish that baby group situations were not so awkward but I can understand why people may feel that way. The harsh and sad reality is that it is always going to be that way, nothing will ever bring Isla back. The only comfort is that in my heart and my mind I will always be a mummy of triplets and nobody can ever take that away from me.
Posted by Kykaree at 09:00