Three years ago today I was sitting in a waiting room. Next to me were several very excited women going for their 12 and 20 week scans, and there was me. I had my husband and my own midwife. I was terrified. I had an emergency scan to find if all was ok, whether the pre eclampsia was affecting the baby. Joseph.

We were terrified. As the scan commenced it was clear. He was not ok. Not only was he tiny, he had stopped growing. I couldn't understand what was being said, I felt confused. 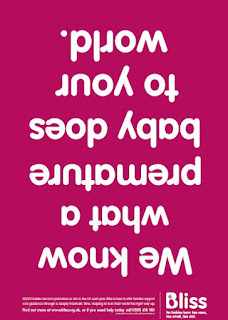 I hope Bliss don't mind me using this again, but that is what happened. The world as we knew it got turned up side down and shaken. Everything I held dear felt like it was going to be snatched away. For the first time in 9 years I wished like hell that I was at home in Australia with my parents around the corner.

And the hours that followed were awful. Just a rollercoaster of emotion, and feeling sick, and scared. Everyone, every doctor, every nurse treated me with kindness and respect, but you could see their concern, even fear. I was very sick.

I remember making a doctor cry. I was being worked on. I don't know if you've ever had intensive medical treatment, but its horrible. They have to work so fast in a concerted effort and no one has time to talk to you through it. I had two nurses between my legs putting a catheter in, two nurses on the other side putting the magnesium sulphate in and a doctor doing the hartman's solution. My recall is so clear of those hours.

Anyway, I had huge silent tears and was shaking as they worked on me. I was so swollen my veins were hard to find. I felt so sick, and like I was looking from outside at what was happening. The doctor left the room, he looked a bit shaken too, he was a junior doctor. Later he came back in, he took my hand, and I apologised to him for being so scared, and thanked him for working so hard to make sure I was ok. Huge tears filled his eyes, and he left. Two midwives ran in to find out what I said, they thought I'd been abusive, as he was incapable of speech.

I will never ever ever forget the kindness of everyone who helped me that day. I will never ever be anything other than extremely grateful for NHS care. When the chips are down, there is no better system I don't think.

Sometimes I wish, like This is Your Life, or the Reunion, I could bring all these people together, show them Joseph, show them my blog, show them how grateful I am for all of them, and their care of me, and the following day, Joseph.

Having had a premature baby does not define me, I don't think of his start every day or look at his baby pictures. Joseph has a massive personality that doesn't allow it anyway, he reminds you every minute that he is a strong, hilarious, brave little guy much bigger than his story.

We are so very lucky.