There are some amazing bloggers celebrating breastfeeding over the past week, for World Breastfeeding Week. The amazing Circus Queen put a call out for breastfeeding pictures, and I really agonised over it. Did I breastfeed? Would my picture look silly alongside the "real" breastfeeders? 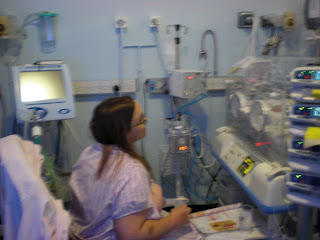 So I did it, I submitted this picture, have a look at the picture Circus Queen has put together, it's awesome.

I always had a little inkling Joseph would come early, and I have to say I was thinking 34 weeks plus, not as early as he arrived. However, I knew that I wanted to breastfeed and that if he was indeed premature I would have to express until he was ready to feed independently.

My midwives, whilst preparing me for my section, advised me that they wanted me to express within 6 hours of Joseph being born, if I was well enough, which I found very reassuring. These midwives knew it was important for me to be at the heart of my baby's care, and that breastmilk was essential for his growth and development. 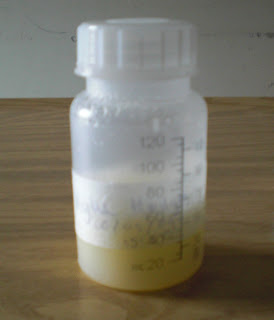 I also knew it wouldn't be easy, that I would have to establish my supply and put expressing at the heart of everything I did.

At first, Joseph wasn't ready for milk, the research on this is starting to change practice, but at that time the decision was made to put Joseph on Total Parental Nutrition, which I nicknamed Superman Formula! It contains additional calories and nutrients, and goes direct into the baby's system, bypassing the stomach. My milk was given to him in droplets as mouth care, and tiny supplemental feeds.

I took this opportunity to pump and pump and get milk stored up for him. I had loads, too much at first, and I froze it in my neighbour's freezer as our own wasn't suitable, a little ice box at the top of a small fridge. Every morning I'd drop my milk in to Rita and then later would collect it to take to my baby.

I found fitting expressing in very hard work, as our journey continued. It's a very isolating activity, you can't just do it anywhere. I found using a electric pump was a god send, but it sure is noisy, not the sort of thing you can get out at a cafe or even in a rest room.

I bought the fanciest pump I could find, which I would highly recommend to anyone else in this position, the Medela Pump In Style Back pack.

At around 24 days Joseph was on full milk feeds. It was so exciting to see him on my milk, and thriving on it. 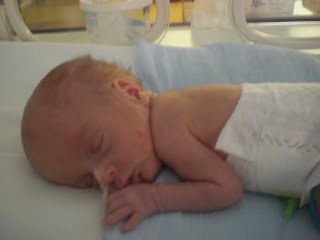 Everything was going ok until about 8 weeks into my journey. I found once I stopped taking my blood pressure tablets, Methyldopa, my supply began to dwindle. I now know that this drug helps boost supply, and now wish I'd just tapered the dose down rather than come off completely. I declined to take domperidone, which can help with supply, as I had had enough of my body being messed with. I did try fenugreek and milk thistle, and I think this helped a little.

Coupled with this, Joseph's weight gain was judged as not being good enough, so my milk was fortified. At the time, I was deeply distressed by the sachets of "stuff" being added to my milk. It wasn't adequately explained to me, and I found that this, coupled with the medication change, affected my supply.

Eventually the decision was made to introduce formula alongside my breast milk, and then my supply just stopped.

What I learned was that information about breastfeeding premature babies is sparse, and it's an integral reason why I am supporting Best Beginnings Small Wonders programme.  The DVD that they have produced has detailed advice about expressing and feeding premature babies, based on sound clinical evidence. There is advice, help and support out there but you have to seek it out.

I wrote a post for Aly over at Plus 2.4 about my journey and things I'd wish I'd known or asked for. You can read that here.

I'd love to hear your stories too.