It's no secret that I hate competitive parenting. Having a baby who was 3 months early meant that for his first couple of years, he came last in everything. Last to sleep through the night, to sit up, to crawl, to walk. I just retreated a bit, and hung out with the premmie crew, and tried not to worry too much. 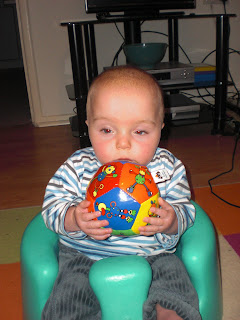 It came to my surprise when I started reading and hearing comments from mums of premature babies on various online forums and in real life, almost doing the same, in terms of competitive parenting, but opposite. "How dare can someone who had a baby 6 weeks early be distressed, my journey was so much worse".

I have been visiting the Bliss Forums more often recently, as many of the regulars have moved on, and there's lots of new people who need support (hint hint - get back there mums!), and read a heartbreaking message from a mum of a 34 weeker who wrote:

I don't care at what gestation your baby was born. There is absolutely no such thing as "an easy ride" if you have had a premature baby.  If your baby was 24 weeks or 42 weeks, if you "did time" in special care, whether it be 6 months, 6 weeks, 6 days, or even just 6 hours, you are in "my gang". As much as my blog is called "Not Even A Bag of Sugar" it's not meant to be exclusive. You will notice I never really use the term "micropreemie", any premature baby, and their family, needs support. The act of having a baby who is not well, and is taken away, leaves scars. It's horrible. People "on the outside" often don't get the trauma. Ok your baby came early, and was in hospital, but he came home and was fine.

I can't underestimate the jealousy I feel when I see mums who have just delivered a baby holding them in the delivery room. I will never ever get that very "normal" experience. And neither will those who delivered their baby at later gestations, but poorly and in need of treatment. Like most of us who have had premature babies, I didn't get to see my baby, or touch him when he was born, and that still hurts me, three years on. I won't ever get over that. I don't dwell on it, but I won't ever be over it. I will never ever get that back.

I strongly believe that act of separation scars us. It isn't "normal". One moment our babies are inside, the next they are with strangers in a room far from us, they may as well be in Siberia, they are not with us. And that should unite us, not tear as apart. We shouldn't criticise those who are traumatised because their situation wasn't as "severe" as our own.

Empathy. It's a dying art I think, but surely we should be able to put ourselves in each other's shoes, even if they are not the same size as our own.