Breastfeeding in Public - What's All the Fuss About? 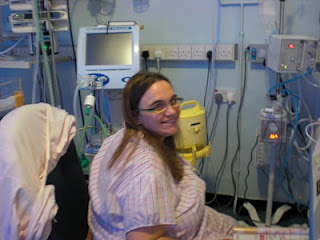 Ideally, I should be putting a picture of myself breastfeeding on this post! Joseph did breastfeed on a few occasions but I never got a picture of him doing so, which makes me sad. But, we never really fed in public. Or did we?

I've grown up around breastfeeding. My mother fed my sister, I remember my aunt feeding my youngest cousin Charles, and assume she fed the other three as well. Most of my friends breastfed. I am not sure of the figures but think its possibly more prevalent in Australia than here.

Expressing is a bit of a different ballgame, but it never bothered me expressing on the ward. This picture was taken in the dead of night, I'd gone down to see Joseph and express by the cotside, well, because I could! It made more sense than sitting in my room feeling miserable.

When I expressed I'd do it by his cotside with screens around me, or in the breastfeeding room if it was free, or shut away in the family room. I didn't really want people seeing my boobs being sucked in and out by a machine, its not particularly natural and its certainly not sexy.

But when it came to feeding, I was really shocked by our unit. We were expected to draw all the blinds, and put screens around, and there was a general expectation not to feed during visiting hours. I found it baffling. Surely in a maternity unit, you would expect to see babies feeding at the breast. Breastfeeding is initmate but is it private? Surely that's up to the mother.

I read this article today, posted by the lovely Mom in Israel. If you don't follow her, you really should, her own blog and the blogs and articles she links too are fascinating.

Now I am sure most breastfeeding women don't breastfeed like she is shown in the picture, but hey, more power to you if you do. But lets just say, if you feed like this in Tesco cafe you are possibly putting yourself in the line of fire. Most of us breastfeed discretely, certainly more discrete than I have seen some displays of affection in said cafe.

It saddens me in the 21st century we are even discussing this, that we need to see nurse ins in New York, Brighton or Debenhams. It's stupid. Personally, I lay the blame with the newspapers and magazines in this country have turned the boob into an object of desire, and not a functional feeding mechanism.